Many of us use elevators every day. And while they may be mundane and taken for granted, for a developer, an architect, or a builder they are neither. An elevator shaft is a critical part of any multi-story building. Not only is it an essential means of vertical conveyance within the building itself, it often serves as a structural backbone and connection point for many of the key structural elements of the building.

A traditional elevator shaft is constructed with either CMU (concrete masonry units) or poured in place concrete. This process is slow, dirty, labor intensive work. It takes a full crew of men, working several weeks to complete even a single 3 to 4 story elevator shaft. There is scaffolding to be assembled both inside and outside the shaft. There are inspections to be scheduled for each 8 to 10 feet of vertical construction. Masonry is adversely affected by cold weather and work is either halted or temporarily tented and heated during cold weather construction. Elevator shafts are a necessary evil to builders and have a significant impact on their schedules and budgets.

And yes, there is a better way. Imagine a massive and monolithic material a fraction of the weight of concrete, yet with equal strength that can be fabricated offsite and installed in mere hours. Imagine mass timber. Imagine CLT. What traditionally would take many weeks of messy complex work requiring entire crews of workers, and compromised by cold weather, can simply be delivered by a semi-tractor trailer, flown in by a crane, and set with a crew of 3 people in a matter of hours. And yes, it is that simple.

Elevator shafts have become my favorite part of any building. I seek them out and ride them with a broad and satisfied smile. They are the perfect metaphor for the perfect building material. The elevator shaft is the “elevator pitch” for mass timber. SmartLam North America installed the first commercial elevator shaft in a small project in Whitefish Montana and since then we have provided scores of other projects with either an elevator shaft alone or as part of a larger mass timber building. The elevator shaft has served as a means by which we can introduce an element of mass timber into a project and give a contractor a simple way to experience the ease and simplicity of our product. A CLT elevator shaft can save thousands of dollars, shave weeks off your schedule, reduce your labor force, reduce your carbon footprint, and while you are installing yours, we will be growing new ones. Yes, wood is renewable. It is no wonder that after installing an elevator shaft made of CLT, one then begins to ask, “why not build the entire building that way”. Let’s elevate that discussion! 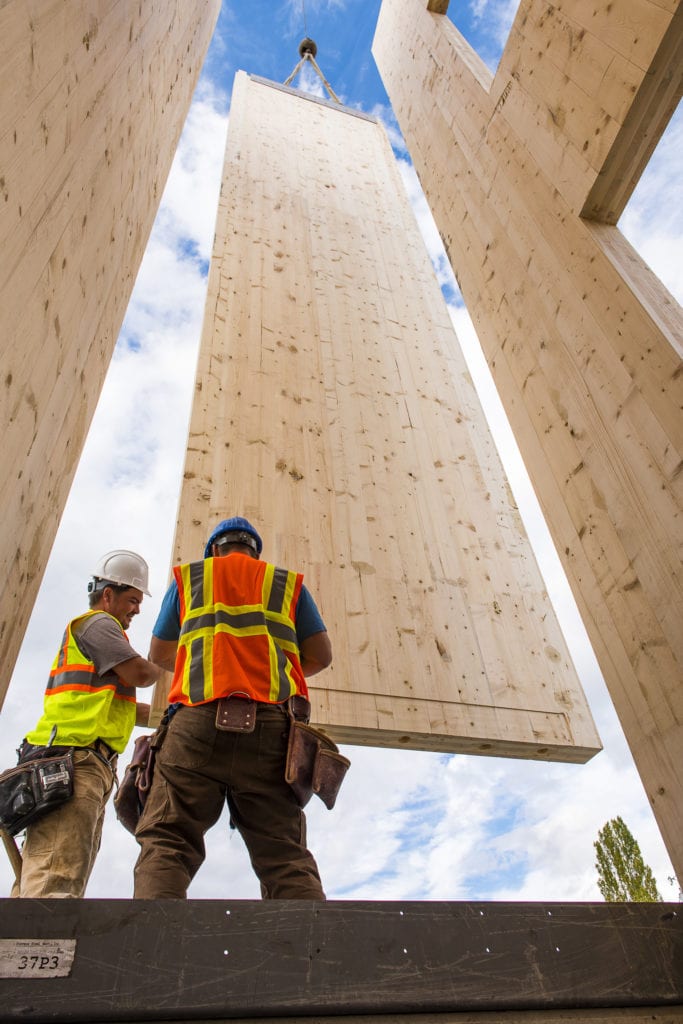 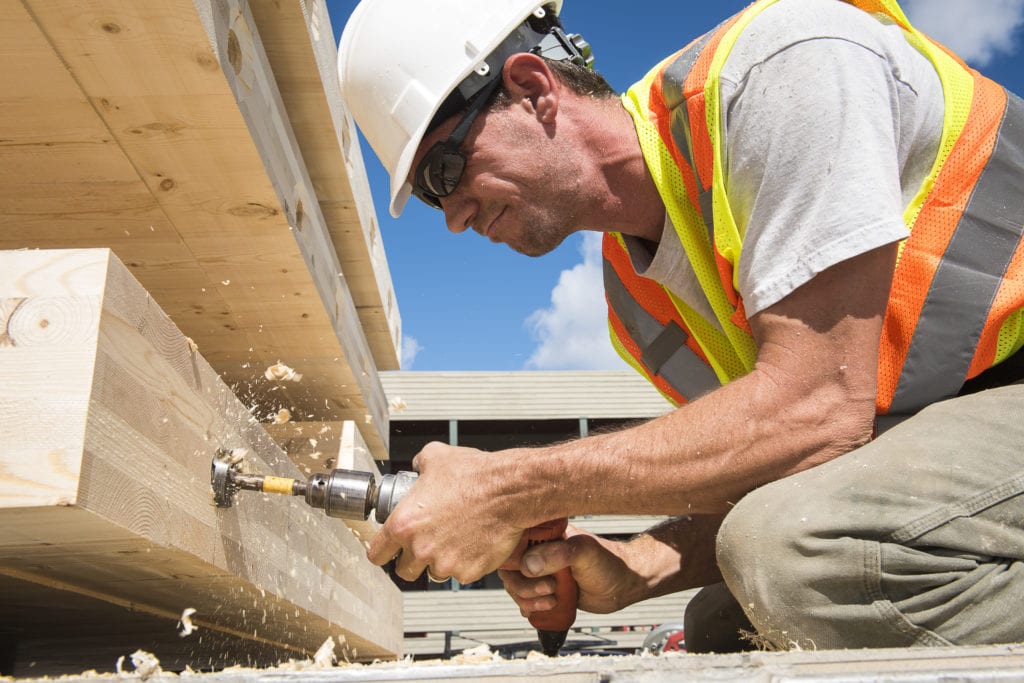 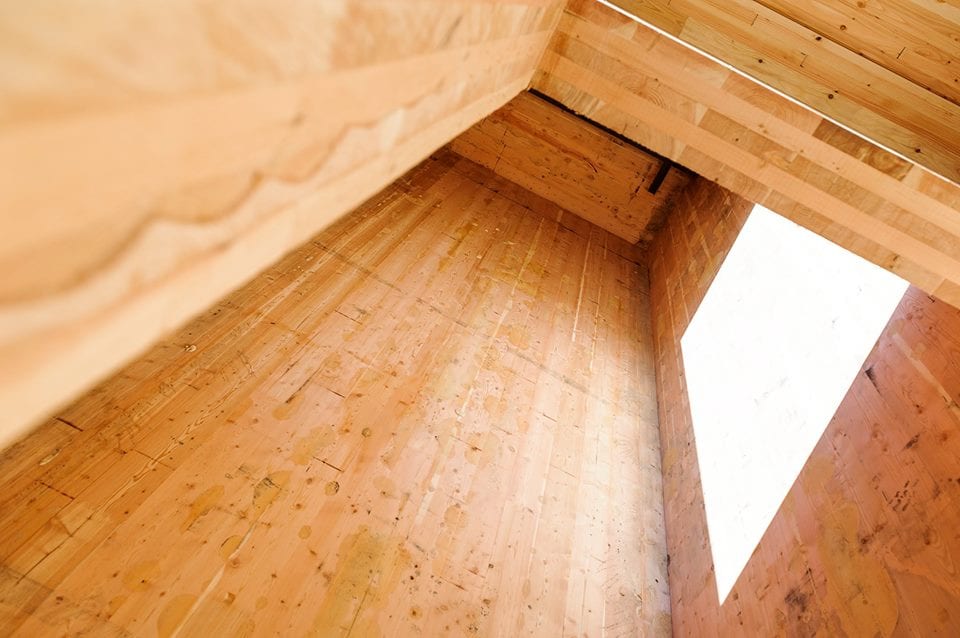 Questions about Elevator shafts and how we can help, get in touch. 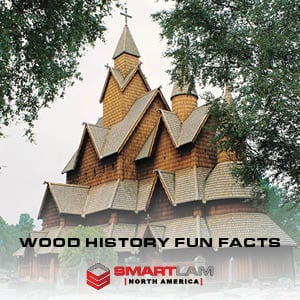 +  Norwegian tree prepartion is credited for the longevity

One of the most frequent comments we get in the Mass Timber industry from people just learning about it is “Isn’t a concrete building stronger? Surely wood doesn’t last that long!” Well we are starting a new blog series on some of the oldest wood building still standing, starting today with Stave Churches, primarily found in Norway. It is estimated there were somewhere around 2,000 churches built, with roughly 30 still standing around the world.

Stave churches were built from around 1000 AD and on, however not until around 1100 did the builders start adding stone foundations, which helped dramatically in reducing the rot from the wood being directly in the ground.The stave churches that remain today are from this period of time (1150-1350 AD) although there are numerously archaeological excavations that have shown the older styles, in addition to written sources talking about these buildings.  (1)

The construction of these churches involved a Norwegian wood preparation process starting from the very beginning walking the many forests of Norway (40% of Norway is forest) and picking an area of trees based on a number of factors. For example, pine is preferred, but Norwegian spruce is also good. Picking trees that were tall, straight and even, preferred from a south-facing slope. They tried to source as much as possible from a similar area to ensure consistency.

The best way to ensure the wood was really well prepared included years of preparation. “Along with the branches, the top was cut off – to limit the transport of fluid through the wood. Then, the bark was removed – all around the trunk – slightly less than one metre per year – starting from the bottom; preferably during the frost season. To get the best result, this process continued for seven years or more. By damaging the trunk in this way, the tree filled all parts of the wood with resin, trying to repair itself. The finished result – often referred to as ore-pine or cured pine – is the material that you usually find in the many ancient wooden buildings – in Norway and in other places around the globe. Wood that will last for a thousand years and more.” (6)

As a great comparison to the age of the structures, Notre Dame was completed in 1345, and Borgund Stave Church in Norway was 450 years old when St. Peter’s Basilica was consecrated.

For some extra fun, Heddel Church (pictured above) has a fun legend about the construction of the building involving trolls and five farmers finishing the whole building in three days. (2) If you’d like to see one in person but can’t make it all the way to Norway, there is a Scandinavian Heritage Park in Minot, North Dakota with a life-size replica of the Gol Stave Church in Norway. (7)