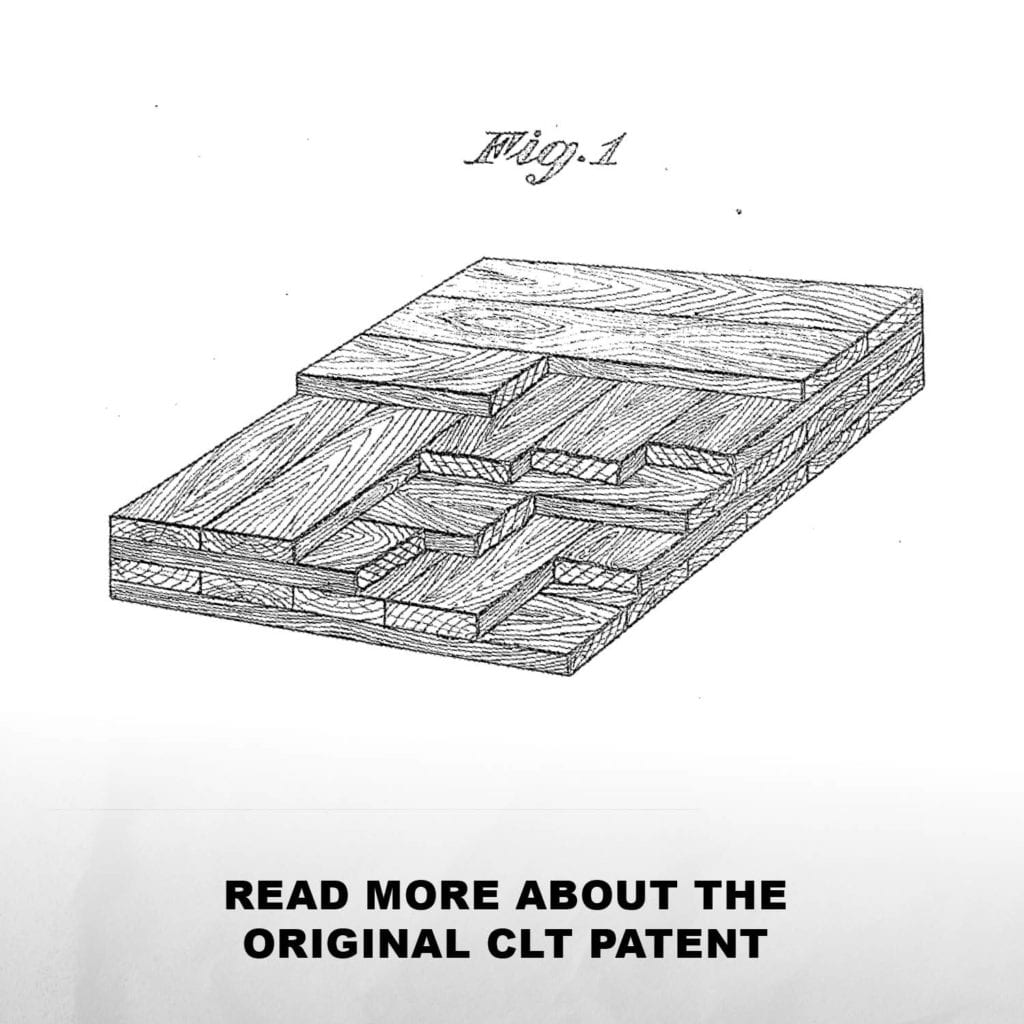 If you search the internet and type in “when was CLT invented?” The unanimous answer is the 1990s, in Europe.

But it would appear that in fact, there is more to the story. In 1923, two gentlemen in Tacoma, Washington were granted a patent to a product that can be interpreted as nothing if not cross laminated timber. The patent was applied for in March 1920, and you can click the link below to read the original.

“This invention relates to improvements in the composite lumber and the method of forming the same, and has for its object to provide a composite lumber that is formed of a plurality of pieces of soft wood held together by cement or equivalent means and then compressed with pressure sufficient to effect certain beneficial changes in the physical properties of the composite mass and thereby produce a new article of manufacture suitable for many commercial purposes in which the original wood could not be used, and in which its properties render it superior to other existing substances.” 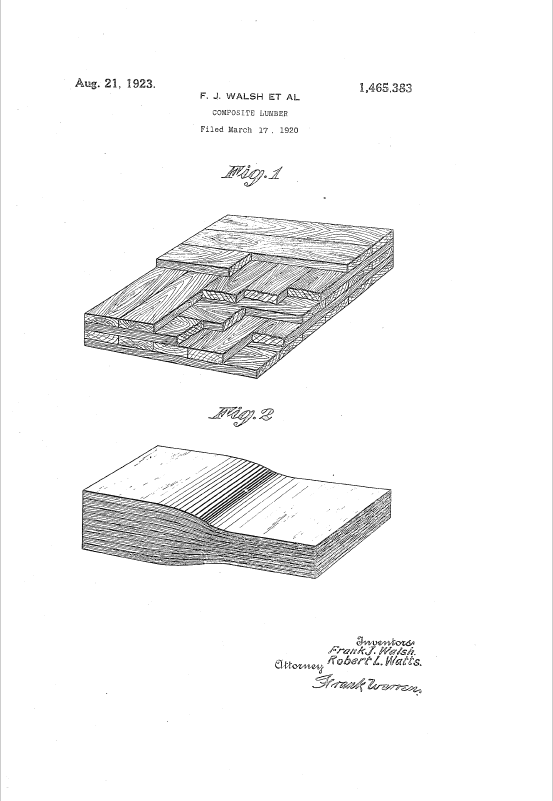